This year’s Emmy nominations highlight a wide variety of TV shows and actors/actresses, but there are a few shows that’ve sort of swept the board, including the above mentioned Breaking Bad and — another one of my favorites — Mad Men.

The show has also been nominated for:

Speaking of outstanding hairstyling, what better way to celebrate Mad Men’s representation at the 2013 Emmy Awards than with a few how-to’s detailing some of the show’s most fabulous hairstyles? Tip of the day: Do your hair up in one of the below Mad Men hairstyles, then watch the award ceremony in glamourous ’60s style.

This mad, red-headed woman has some seriously enviable hair and now you can, too. Refer to the full how-to here, but first gather a 1-inch barrel curling iron (or hot rollers), a teasing comb, some bobby pins and a brush. Some thickening lotion and hairspray will also come in handy for this Joan Harris hair. 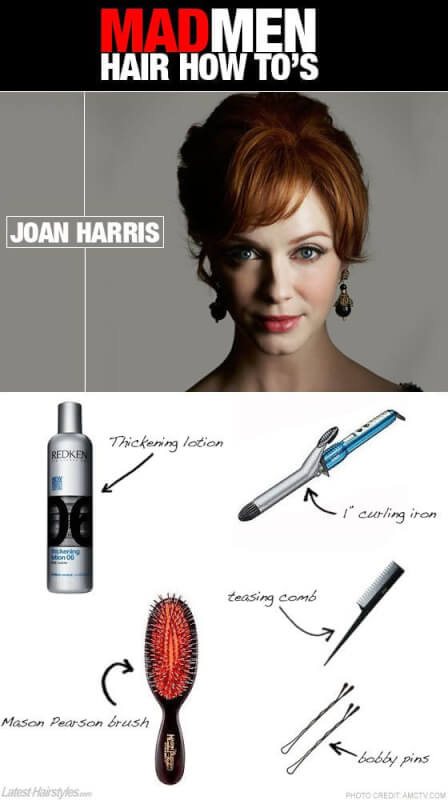 Remember Peggy’s hair in the opening season of Mad Men? It wasn’t exactly refined, but like her character, Peggy’s hair has evolved with time. To get that “Peggy flip” and volume, you’ll want some volumizing spray, a round brush, a curling iron and hairspray. Check out the detailed tutorial here. 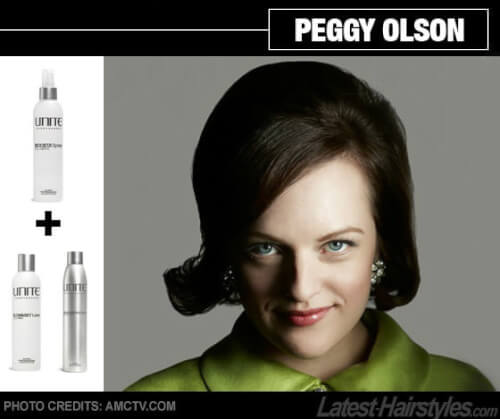 Don’s current wife oozes style and sophistication. While she’s known for her classic ’60s bob on the show, Megan also plays with hair extensions for a bit of drama. If you’ve got short hair, take your cue from Mrs. Draper #2 by using a 3/4 hair piece (or clip-in pony) and then follow this hair tutorial. If you’ve already got the length, you’re good to go. 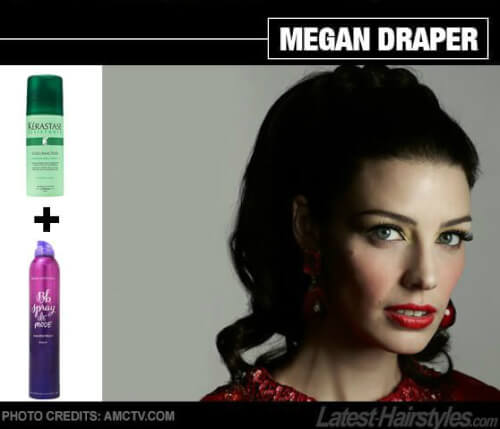 Pretty Betty is the epitome of ’60s grace and femininity. Once the wife of a mad man, she’s now the first lady to a politician and she certainly wears the part from head to toe. Pay homage to her timeless look at the Betty Francis’ tutorial, which requires some hot rollers, thickening lotion, a natural bristle brush, bobby pins and setting spray. 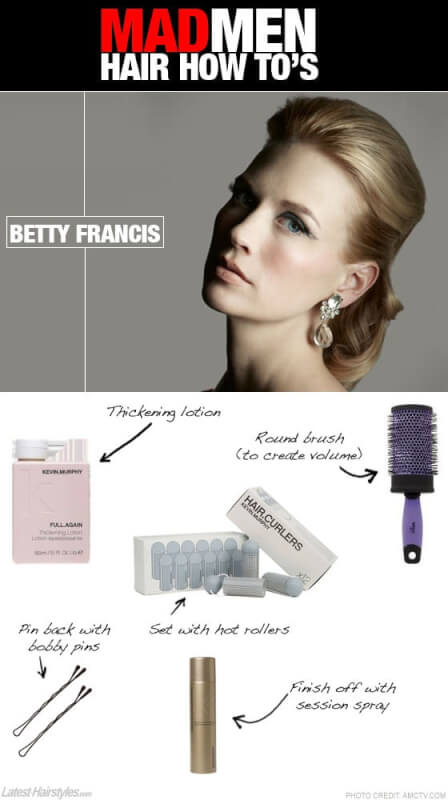 We’ve watched Sally Draper struggle with her parents’ relationships, throw temper tantrums and, on the opposite side of the spectrum, act like more of an adult than her age should allow. Despite her desire to be all grown up, though, she’s still very much a child. To achieve her innocent look, you’ll need a curling iron or curlers, a wide tooth comb, some taming spray and, of corse, a bow. 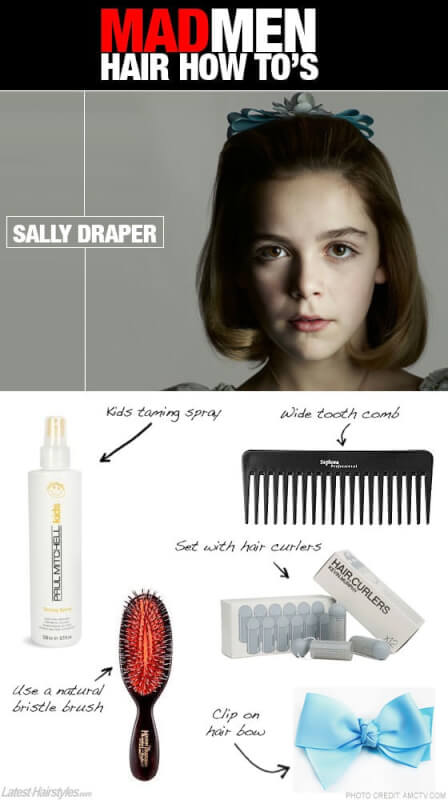 Like these Mad Men hairstyle how-to’s? You’ll love these wearable ’60s hairstyles, too!